Summarizing the first season of Marvel's "The Falcon and the Winter Soldier," a CFHS student gives his thoughts on the series. 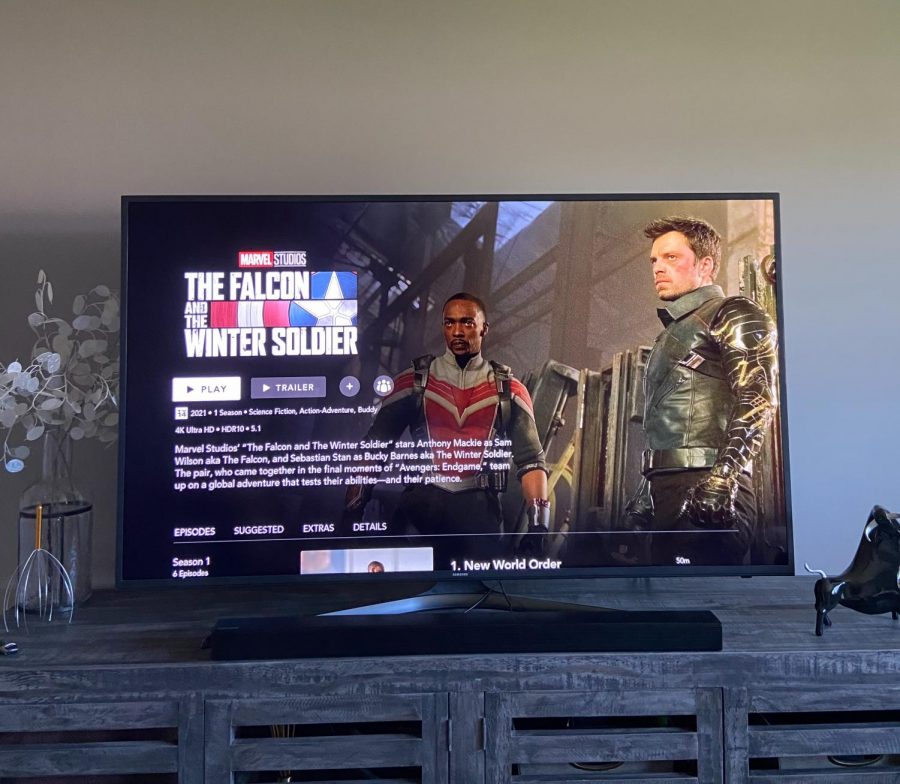 The Falcon and the Winter Soldier, a Marvel series, was created by Disney. The main characters are the Winter Soldier (Sebastian Stan) and the Falcon (Anthony Mackie). It also stars Wyatt Russell as John Walker, Clé Bennett as Lemar Hoskins, as well as Daniel Brühl as Helmut Zemo.

The first few phases of the story focused on The Falcon and the Winter Soldier chasing The Flag Smashers, who were led by Karli Morgenthau. The Flag Smashers were a group of super soldiers wanting to return the world to conditions during the Blip, an event where half the humans died. This would essentially remove world borders, making the globe one single country. They gained many allies by the day, which was helpful to them as they fled from the Falcon’s group.

The Falcon and the Winter Soldier are superheroes trying to stop The Flag Smashers, along with John Walker and Lemar Hoskins, and later Helmut Zemo. John Walker was the person bestowed the mantle of Captain America by the U.S. government after The Falcon gave the shield to the Smithsonian Museum. This represented The Falcon giving up the title of Captain America as well. Lemar Hoskins is Walker’s sidekick, kind of like what The Falcon was to Captain America. Helmut Zemo is a person who in the first few episodes was in prison for attempting to destroy the Avengers after they devastated his home country and indirectly killed his family while trying to stop Ultron. He has a strong hatred towards super soldiers and wants them all dead, which is why he joined The Falcon and the Winter Soldier in their fight against The Flag Smashers.

Eventually, after many days of pursuit, The Falcon, The Winter Soldier, John Walker, and Lemar Hoskins caught up to Karli. The Falcon attempted to negotiate with her, but Walker grew impatient and attacked, shattering trust from Karli to The Falcon. The chase then continued, until the thrilling conclusion at the end of the season.

I really enjoyed this series, and I couldn’t wait for the next episode each Friday. I was sad when it ended, because there were only six episodes. If anyone hasn’t watched it, and is able to, I would strongly recommend it.

The only thing I didn’t like about this show was the constant return to social issues during the final few episodes, which in my opinion distracted from the actual story. If I had to rate this show, I would say a 4.1 out of 5 stars. I am excited for a possible second season, but I am not sure if it will be as good as this one.