Though spooky season is still a month away, it's never too soon to start watching Halloween flicks. 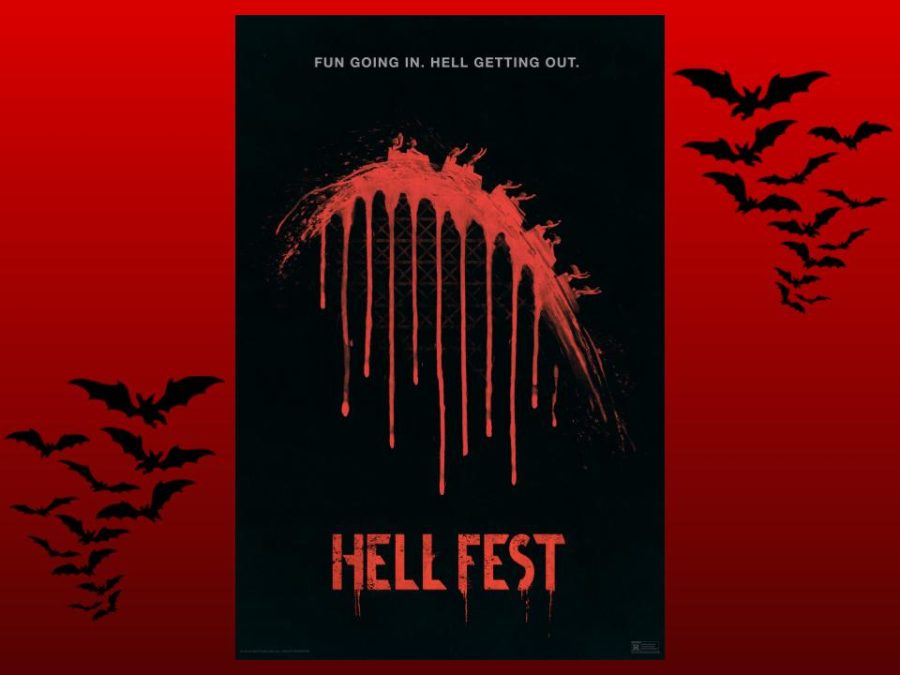 All manner of spooky symbols can be found throughout Hell Fest.

As contentious as Halloween is, it’s no surprise that the holiday has garnered dozens of crude, gratuitously gory stereotypes in the media. These are damaging to what is, at its core, a lighthearted holiday; misinterpretations of the spirit of Halloween lead to an utter disregard of the holiday’s cultural significance in favor of devilishly gruesome movies—which is how the world was blessed with flicks like the delightfully horrific Hell Fest.

Blazing to life with a mountingly morbid opening credits scene, the film challenges slasher genre norms by ripping one of the few “safe” parts of a horror movie out like a lacerated liver and fusing it with the first kill in order to let the audience know that there is nowhere to run at Hell Fest. Afterward, the plot picks up with an introduction to the main character, and typical “final girl,” Natalie (played by Amy Forsyth), high school best friend Brooke (played by Reign Edwards), and love interest Gavin (played by Roby Attal). The group then heads to eponymously named Halloween festival Hell Fest, subjected to the horrors that wait there.

Like most slashers, shots from the killer’s perspective are incorporated throughout the film, giving audiences a chilling insight into the unnamed murderer’s mental pathology. Complimenting this genre standard is the killer’s hummed rendition of Pop Goes The Weasel, which is both as terrifying as expected and a unique calling card that helps Hell Fest’s starring serial murderer break away from being just another bland masked slasher. Furthering its success, the flick contains very natural dialogue and interactions between characters; it doesn’t sacrifice quality acting for over-the-top gore. Overall, the movie excels at stretching boundaries of its genre enough to separate it from other, similar movies.

However, all is not peachy in, well, hell. Hell Fest suffers primarily from its awkward pacing. Between ultimately irrelevant events at the beginning of the film and tension-raising moments that fail to apply any pressure to the plot, the movie is packed full of dead points. Plus, most of the runtime is spent waiting for a genuine challenge to present itself These grievances paired with inconsistent cinematography and an overused mask gimmick left viewers tortured for most of the film. However, the ambiguous ending of the film was excellent and set up a sequel well.

So, while Hell Fest was a traditionally self-indulgent horror film with pacing issues, it remains in film purgatory for supplying audiences with realistic characters to root for and a complex villain that would send even the bravest of film buffs into the mulberry bush.