Due to a long past of speech experience and a strong comittment to their team, speech coaches Holly Winget and Cal Vande Hoef have been named the 2021 MSCA coaches of the year. 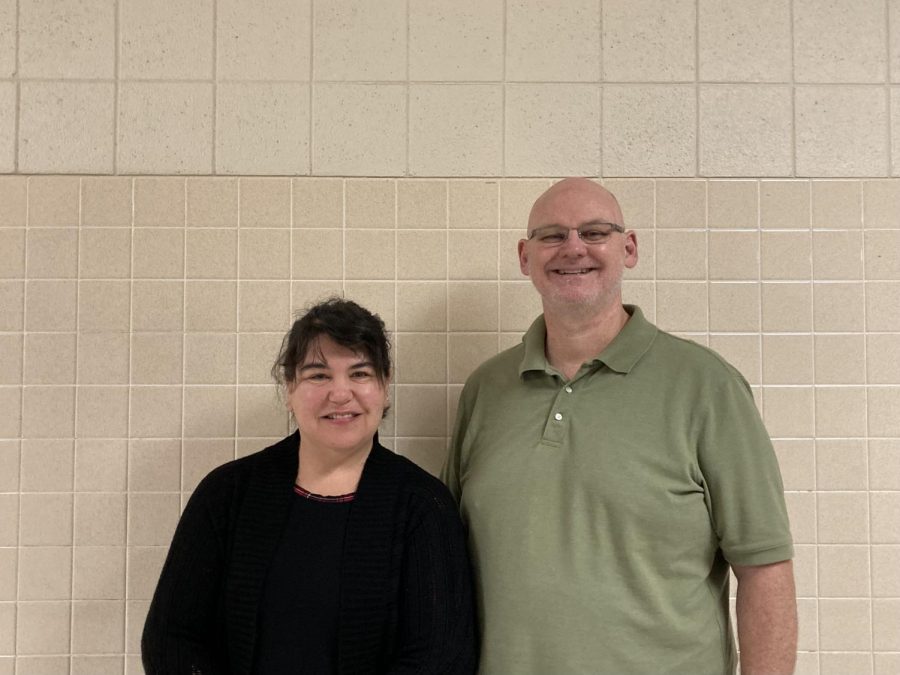 The 2021 MSCA coaches of the year, Holly Winget and Cal Vande Hoef, have a history of speech success.

Each year, the Minnesota Speech Coaches Association acknowledges coaches across the state who have made an impact through their contributions to speech activities. Recently, Cannon Falls co-coaches Cal Vande Hoef and Holly Winget were named the 2021 MSCA coach(es) of the year – their third time holding such a title.

There are no criteria for qualifying as a state speech coach. Votes are cast through a Google Form consisting of all the coaches in the state listed as candidates, with the voters being composed of those same individuals. The top eight coaches (one from each section) are then put on a single ballot from which members of the MSCA name a coach of the year. The system also happens to be divided into two Minnesota State High School League classes: A and AA. With their commendable efforts, it comes as no surprise that every time the coaches have been nominated, Winget and Vande Hoef have been on the final ballot. After the final voting on the ballot of eight, a meeting, with all of the coaches in attendance, is held and the award is announced.

Cal Vande Hoef has been coaching for thirty years, mentoring speechies both in Los Angeles and Cannon Falls. In addition, he partakes in the state tournament as a tabulator. Holly Winget started coaching the team in the year 1999, and this will be her twenty-third year coaching. Both Vande Hoef and Winget have been working together to co-coach the Cannon Falls speech team since 2006.

While the award is certainly a special honor, the greatest privilege to the co-coaches will always be watching the team prosper. “I like that what I coach stays with them (the kids) forever; we teach character and serious skills. The confidence they walk away with and the depth we go into does not replicate what is in the (school) curriculum,” Vande Hoef stated. In speech, there are various categories that participants are allowed to choose from; Creative Expression, Discussion, Drama, Duo Interpretation, Extemporaneous Reading, Extemporaneous Speaking, Great Speeches, Humorous Interpretation, Informative Speaking, Original Oratory, Poetry, Prose, and Storytelling. Winget voiced that “I like that there are different categories. There’s one for each student. They can grow so much in one category.” The numerous categories offered allow the coaches to spend one on one time with individuals to aid in their growth and skill development. Speechies, in turn, push their boundaries to ensure they hit their full potential.

Students can join speech as young as 6th grade, though many end up joining their 7th grade year. Over the course of an individual’s school years, the co-coaches have expressed the personal improvement that they discern in each and every student. The hard work the team has put in throughout the years has certainly paid off, earning the CFHS speech team participants a multitude of awards in their respective categories as well as several trips to the state tournament. Although winning and earning medals is certainly a great feeling, the co-coaches feel that the best part of coaching lies in the learning and growth of the team. They are honored to be named MSCA coach of the year by a group of incredibly talented speech coaches.