Running over their rivals

The Cannon Falls cross country team gears up for the season 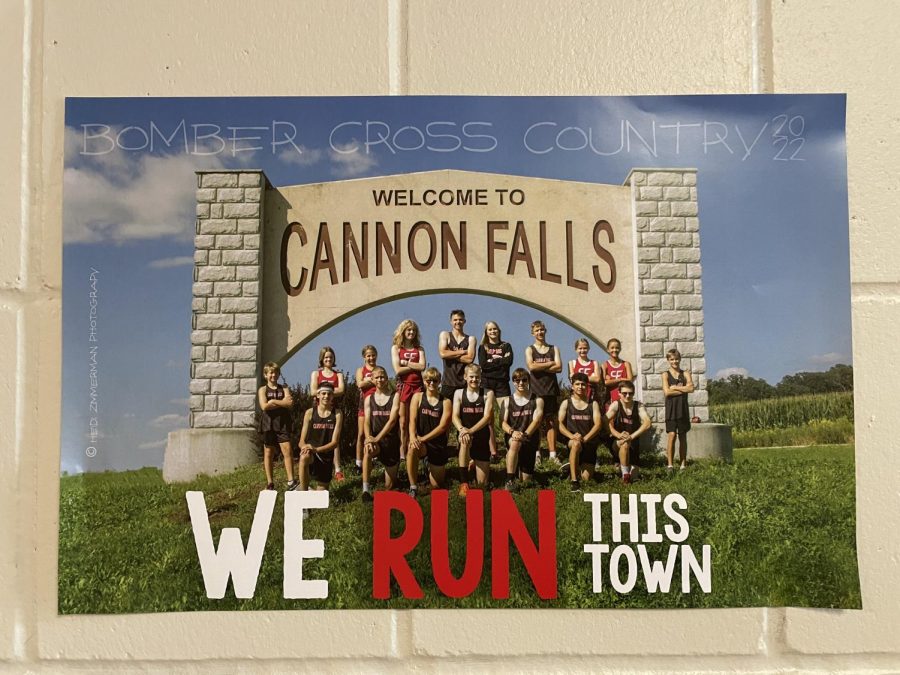 The sunny, crisp atmosphere combined with the permeating, rubbery smell of the track signifies that a fall sport is beginning once again.

The 2022 cross country season is now underway. The Bombers are led by Brighton Lochner, the captain of the team and the only senior this year. Lochner emphasizes that overall, “the upcoming season is looking great,” despite a loss of two incredible seniors from last year.

The intense practices first began for cross country in the middle of August. With a desire to prosper as a team, the Bombers have been working hard at practice in the effort to prepare physically and mentally for their competition. Lochner reports that the team does a variety of drills at practice in order to get ready for a meet. “Some of the things our practices consist of are running around the track to find a good, steady pace for the race or running lengthy distances to get us in shape for running fast during a meet,” Lochner explains. But, the key to performing well at the meets is consistency.

One of the lingering challenges the Bombers are facing this year is a team of relatively low numbers, which has been a recurring problem in recent years. However, regardless of the small number of members, Lochner is hopeful that the cross country team will persevere. “We have four returning varsity members including myself,” Lochner states. He continues to say that there are a lot of individuals who were a part of the program last year, which is good for future years. Lochner claims that what he is looking forward to most is “seeing how some of the new kids on varsity perform and how we will perform as a team in the meets.”

In total, Lochner and the rest of the cross country team will be competing in eight meets throughout the fall this season, not including the events for conference and sections. The Bombers have already competed in two meets as a team: one at Stewartville (Sept. 1) and one at Tri City United – Montgomery (Sept. 8). The team’s next meet will be on Thursday, September 15, at Prescott High School in Wisconsin, where they will compete against teams from Ellsworth Community, Elmwood, New Richmond, River Falls, St. Croix Central, Spring Valley, and more.