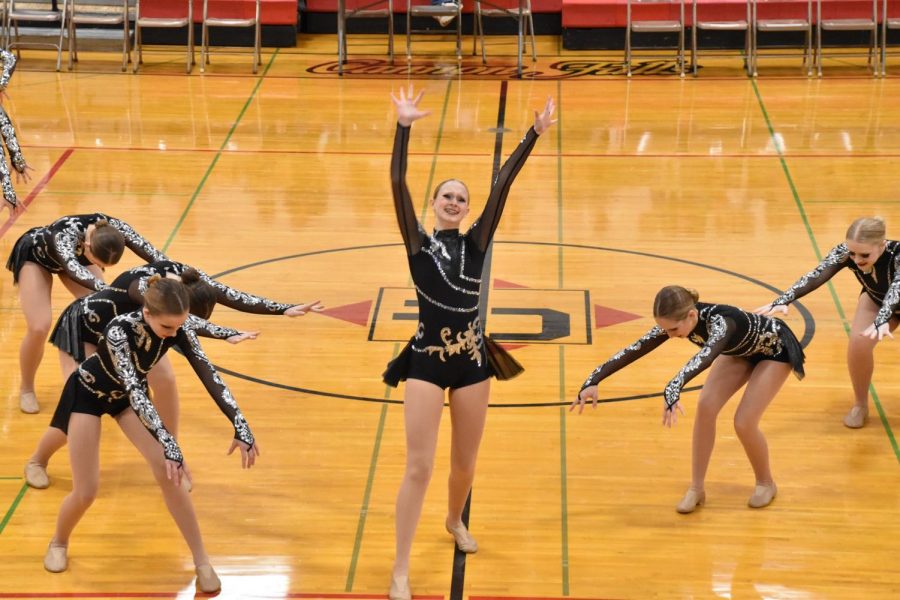 The Bomber Dance Team started their season on Monday, November 16th. Shortly after, they found out that their season would be delayed for weeks. The team took what they had and ran with it. They have virtual practices every Monday, Wednesday, and Friday for an hour and a half, doing what they can to create a stronger program while awaiting for their season to resume in person. Captain, Anna Becker, is feeling unsteady, not knowing when the team will get to practice as a group again. Becker misses the competitions, mostly because that’s when she was able to show everyone that her hard work had paid off. She says she misses “just the season in general.” According to Becker, dance is what she looks forward to every year, and it is her passion. Becker has high hopes for the season, stating that she “wishes that the season is memorable, regardless of the circumstances.” Becker, along with many of the girls on the team, are anxiously waiting for their season to be back to normal.

This season is the tenth for the Cannon Falls Bomber Dance Team Coach, Jamie Swenning. Gratefully, the dance season had started before the delay, so it granted the team some assets while on break. Even though they practice three times a week, the order greatly limits the amount of things the girls are capable of doing at home. The dance team is learning choreography from home outside of their practice time, and they aren’t able to learn formations while being virtual. Swenning and her coaching staff have done everything they can possibly do to make the girls better dancers over Zoom. Swenning is most nervous for the possibility of another pause in the season. She believes that the transition for in-person practices back to virtual practices will be tough. Maintaining optimism, she states that “once we are back in person, we will make the most out of every day we have together.” Just like all winter sport athletes, the dance team is ready to get back out on the floor and do what they love, with the hope of no pauses or reductions to the rest of the season.