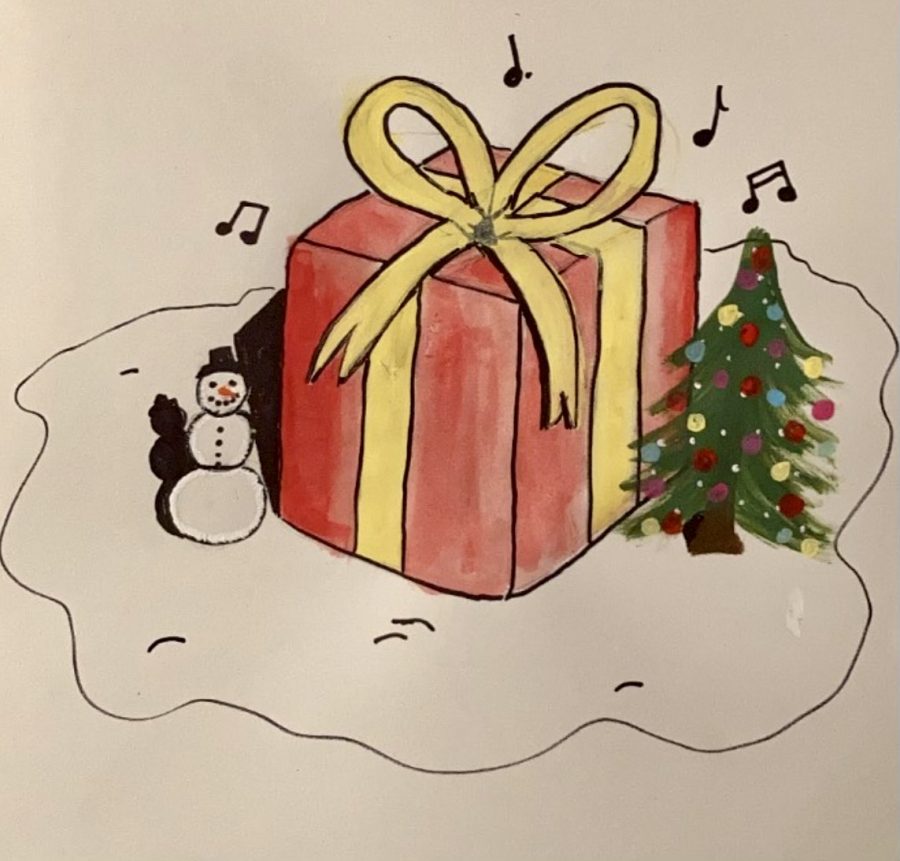 One way to get into a festive mood is by listening to Christmas tunes.

It’s finally the time of the year where Christmas is in full swing. Everyone’s getting into the holiday spirit one way or another, whether it’s by decorating their houses from top to bottom or going out to buy their loved ones Christmas gifts. But, one of the most popular parts of the holiday season is Christmas music.

The sound of Christmas music can be heard almost anywhere you go. It’s nearly impossible for anyone to walk by a store or turn on the radio without Christmas music blaring. Even with the abundance of Christmas music, how much do listeners truly enjoy it? There are tons of talented artists that produce Christmas music worth listening to, but a few artists are especially well known for their holiday songs.

Many people, including Cannon Falls High School students Bianca Caputo, Beth Barrett, and Claire Dicke say that they enjoy listening to Mariah Carey, who is probably best known for her song “All I Want for Christmas is You.” This Christmas classic was released in 1994, and remains very well known, and well-loved, to this day. It was written by both Mariah Carey and Walter Afanasieff and released as part of Mariah Carey’s first Christmas album.

Michael Bublé’s version of “It’s the most wonderful time of the year” is also a very popular Christmas song that is enjoyed by many, including Cannon Falls High School Juniors Jonny Monson and Morgan Kasa. The song was released by Bublé in 2015 and was first written by Edward Pola and George Wyle in 1963. Since then many artists have sung different variations of the catchy Christmas tune. Other common favorites include “It’s Beginning to Look a Lot Like Christmas” by Bing Crosby, “Jingle Bell Rock” by Brenda Lee, and “Winter Wonderland” by Dean Martin.

The majority of people claim they absolutely love listening to Christmas music. Jonny Monson, a Junior at Cannon Falls High School, is one of them sharing that “(I listen) all the time with my family. We have a speaker in the kitchen and it always has Christmas music playing.” Most people begin listening to Christmas songs in November, around Thanksgiving, but it’s also relatively common to start listening to songs at the beginning of December. In December, most people listen to their favorite Christmas songs daily, or every other day to help get themselves in the spirit of Christmas. Some people may even go so far as to listen to Christmas songs year-round, carrying the holiday spirit with them three hundred and sixty-five days a year.