Kicking off the year

As the soccer season begins, the captain and players are striving for success 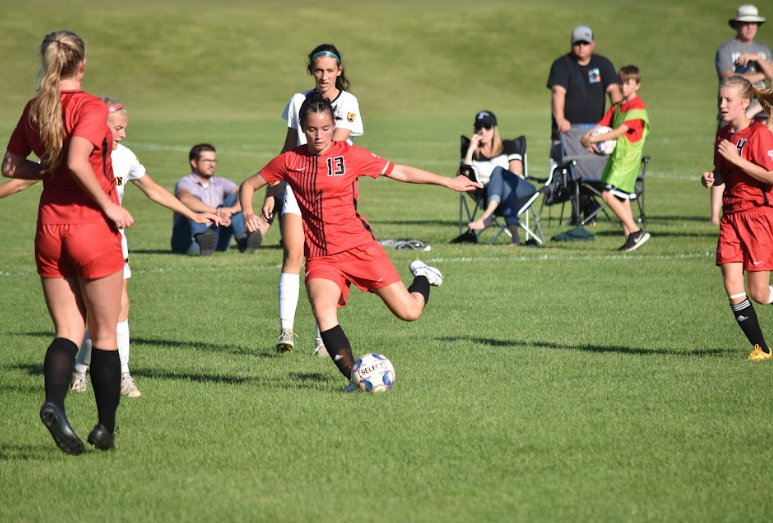 Senior Cora Park goes in for the kick

The 2022 girl’s soccer season has begun and is kicking off into full swing. This year the varsity team for the Bombers is very small and young. Senior captain Cora Park stated that this year the team’s main goal is to get better and learn lots about the game and how to improve. Because of this, there is bound to be difficulties throughout the season, but with perseverance and determination, they’ll be able to push through and get better to hopefully do well in the postseason.

So far this season they’ve played four games but haven’t won any yet. Even though they haven’t won yet they still have high hopes. They know that it is a learning curve but their main goal is to have fun together. Park emphasized, “My favorite thing off the field is hanging out with my teammates.” No matter what happens on the field, it is still possible to have fun off the field with teammates. 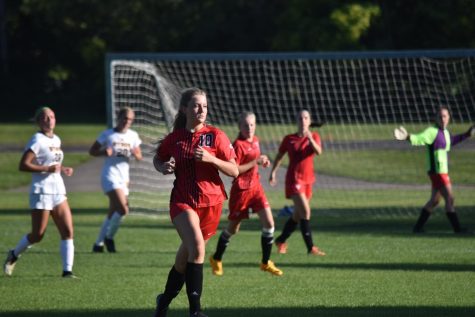 Despite the fact that it is Park’s last season on the soccer team, she mentioned that it doesn’t feel any different than other seasons. Park is a captain this year and has had some different responsibilities and roles on the team. So far, she said her captain duties have consisted of helping the younger girls learn and to keep things positive when things get tough.

This season the team’s main goal is to improve. One area Park noted they’ve been working on a lot lately is having good passing feet. She commented that having good passes makes games less tiring, so they will be able to push themselves and do better than last year. Soccer is a very grueling sport with lots of running up and down the field, so no matter the strategy, one is bound to get tired with all the running involved. Not only is soccer tiring, but it also takes lots of skill and practice to get good with the ball. 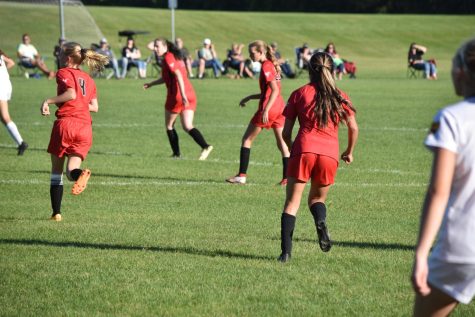 This season marks the second since the COVID-19 pandemic and with things settling down, this year should be about as normal as pre-COVID times. The team will be able to have more bonding opportunities and get closer to each other all while having fun and playing soccer.