Sandra Dee is the key 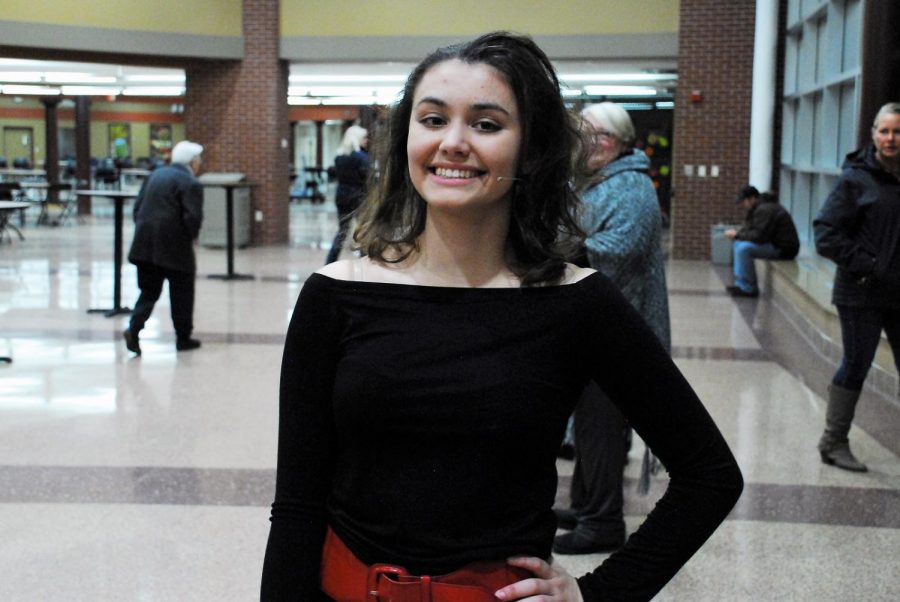 It’s that time a year again, when everyone is switching from t shirts, to heavy coats, and some people don’t want to give in to the changing season. The trees that once held beautiful leaves are now barren. The cold air that hits like a freight train, the agonizing task of scraping the sheet of frost off of the car in the morning. However, there is something good about the change of season that is sure to get everyone’s hopes up. That’s right, it’s “Grease: The Musical” performed by the star studded cast of the Cannon Falls high school theater club. An experienced member of the club, Hannah Singewald, was kind enough to share some details about her role in the play and how it compares to her past roles.

This being Hannah’s fourth musical production, she is well versed in the theater world. However, she still dedicates much of her time to preparing for any role. Be that as it may, to prepare for this particular role Singewald said, “I went and watched Grease live and looked up and study the songs from the musical”. Apart from watching the musical live, Hannah also devotes her time to rehearsal after school. Rehearsal has a lot of important practicing involved in it, but for Hannah, the best part is “probably character development, or literally getting dragged around on the floor by Kendall Lawless”. When I asked Hannah what her character is like, she replied with,“Sandy is new, nice and sweet, but she has a different side to her which I am excited to play”. It is easy to tell that Hannah enjoys the musical, nonetheless every actor has some parts of the show they dislike: Hannah’s is being a cheerleader. As the big day is approaching it is easy for someone to get nervous about being ready, but Hannah seems to be uncertain about how the musical will go by saying “Compared to last year we started a lot later, so I’m feeling pressured to give an awesome performance. We always pull it together at the end of the year.”

As many are dreading the fact that t-shirt weather and trees full of beautiful leaves are coming to an end and single digit temperatures are on the way, everyone can look forward to attending “Grease”: The Musical’ in a nice cozy auditorium. Hannah enjoys her role and the musical and is looking forward to the performance. Even being as experienced as her and the rest of the cast are, nerves still settle in. In the end though, there is nothing to worry about as the cast will put on a riveting performance and capture Grease perfectly.