Suiting up for success

Although the pandemic has made their job harder than ever, the CFHS Speech Captains have stepped up and led their team through it all. 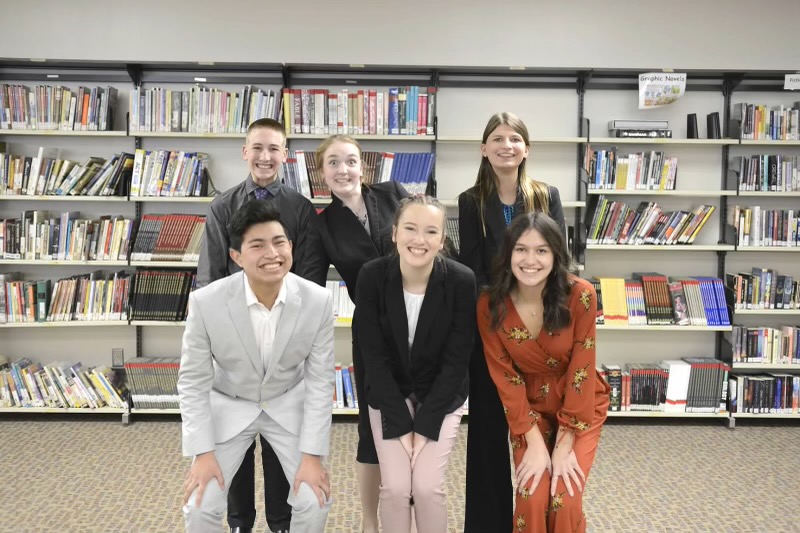 For many, if not most, speech is a fear-inducing word that triggers a myriad of flashbacks; from nerve-wracking presentations to unsuccessful attempts at reading textbook segments aloud in class, public speaking generally isn’t associated with pleasant emotions. However, every Saturday, members of the CFHS Speech Team suit up for a day of speaking and an enjoyable one at that.

Over the course of a Saturday, speakers go through three rounds of speaking, or four rounds if they are successful in the first three, making it to a 6-8 speaker “final.” Students participate in categories of speaking that range from Extemporaneous Reading, in which contestants read from a book to Original Oratory, where competitors present a persuasive piece on their topic of choice, to Humourous, where students, you guessed it, perform a humorous speech in an attempt to make their judges and fellow competitors laugh. Before speechies enter competition though, some serious preparations have to be made.

Performing a speech not only requires speaking, but also requires cutting a script to make sure the speech fits within a given time, memorizing the speech to increase the performance’s quality, blocking out gestures to add effect, and, of course, the actual writing or choosing of any given speech. To help students improve their speeches through every step of the extensive process, coaches select captains at the beginning of every season.

This year, seniors Emma Sheperskey, Kressin Hartl, Conor Salmenson, Emma Watson, and Aizlynn Thim all stepped up, along with sophomore Tristin Qualey. While their jobs certainly involve helping other speechies improve, the captains also lead the team by designing team shirts, handing out awards (when applicable), and conducting warmups. As senior captain Emma Watson puts it, “Basically being a coach in training.”

The largest part of this coaching comes through captain’s practices, where speechies sign up to practice with a captain individually. “My favorite part of being a captain is being able to hold my own zoom meetings, and help other speechies one on one,” expressed Emma Shepersky, another senior captain on the team. While this year has certainly been different seeing as these practices aren’t in person, their purpose, to improve speechies, remains.

And of course, through it all, the captains themselves are constantly practicing. This process is another part of the speech experience, and for Tristin Qualey, a rather fun part at that, as “Being able to improve my performance over the season,” is his favorite part about being on the team. He then went on to say that “Helping others do the same is one thing I love about being a captain.”

So far, CFHS speech captains and the CFHS speech team as a whole have had a very successful season, with their latest tournament ending in a first-place team sweepstakes win. This success is certainly due to hard work, and hosting practices every Friday has proved to be very effective in improving both speakers and captains alike. While this season hasn’t been ideal, COVID hasn’t held back the six captains, who can be found in the hallways of Cannon Falls leading the speech team through a variety of eccentric warmups like clockwork every Saturday.