Midseason review of the weightlifting season. 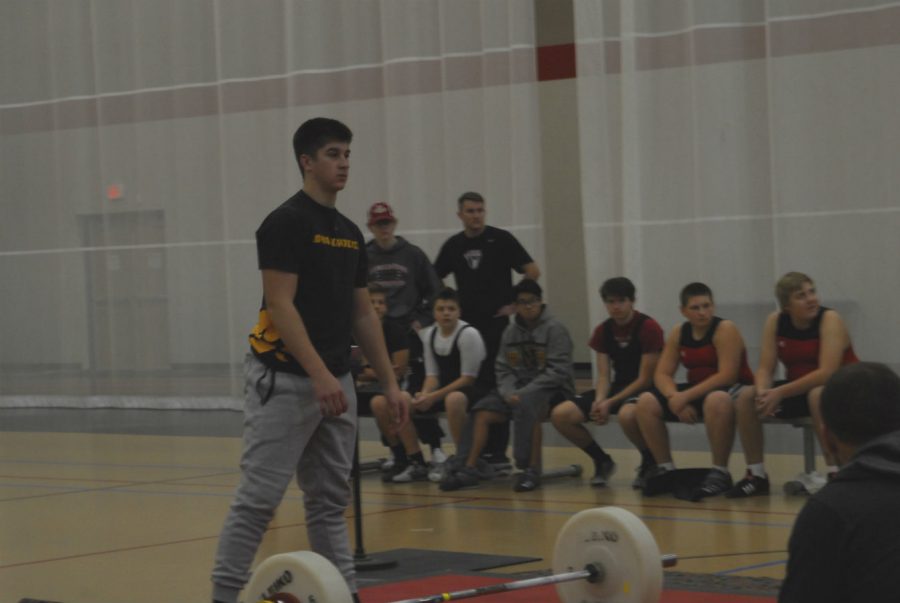 With calloused hands, lifter Yogi Otto cracks some raw eggs into his blender along with normal smoothie ingredients for his post weightlifting practice snack. Though this has become almost a daily ritual for Yogi, the competitive season for Minnesota High School Weightlifting is in the Winter, so that means it is finally the opportunity for Yogi and other weightlifting team members to show off their strength in competitions. Not only is Olympic style weightlifting still somewhat unheard of, it is also unlike any other high school sport. According to Yogi, a captain of the weightlifting team,  “on the platform you can be as strong as your head.”

That mental toughness Yogi was talking about shines through every Monday, Tuesday, and Thursday morning when the team starts their day at 6:10 AM sharp (or else burpees) with one lap around the fieldhouse track to get the blood flowing and the minds awake, while most other students are still asleep. They do dynamic stretching and a short jump rope session. That dreaded cardio is merely a quick warm up to prepare for lifting. After hanging up their ropes and strapping on their sturdy, heeled weightlifting shoes, the training can begin. Weightlifting coaches preach the difference between training and exercising. Training involves goals; athletes train to achieve them, so every practice has purpose. Exercising is simply going through the motions for the sake of being able to eat another piece of cake. Practices are really where the team aspect of weightlifting comes into play. Yogi explained how teammates in weightlifting are important because even though it’s every man for himself on meet day, people train better when they have teammates to “compete” with and cheer on during training. Besides personal goals, the weightlifting team trains for their monthly meets. With only one meet a month, there are only 3-4 before state, so the season feels short, and the importance of each meet is heightened.

Saturday, December 10th, was the first meet of the season. Lifters had been training since the end of October to prepare for their debut at the Southern MN High School Open, located right here in Cannon Falls. Weightlifting is an individual sport, so even though each lifter is part of a certain team, they have their own schedule for the day depending on if they are varsity or JV, and what weight class they lift in. A meet goes like this: each lifter will get 3 lifts out on the platform for snatch and again for clean and jerk, the heaviest successful lift from each will be added together for the lifter’s total (in kilograms). The dedication of both the athletes and coaches surely paid off because Cannon Falls had 11 lifters on the podium. Out of those lifters, a standout was Yogi Otto, who not only won his weight class (62 kg Varsity Men) with an 85 kilogram snatch and a 101 kilogram clean and jerk, but also broke two school records that were previously held by Coach Mitch Otto.

Weightlifting is starting to gain more popularity throughout the United States, but for Cannon Falls it’s been around for decades. We are extremely fortunate to have such a high quality facility and program. The benefits are far reaching, and not just specific to competitive weightlifters. Basketball, football, volleyball, track, wrestling, dance, and baseball teams all use the weight room and get help from the weightlifting coaches to gain strength that will aid them in their sports. For real weightlifters though, the lifting is their sport. They train for weeks to perfect the technique before they can prove their true strength in competition. They train outside of the weightroom too by getting enough sleep and protein to recharge their nervous systems. Some eat eggs, some drink protein, and if they’re really hardcore, they might even combine the two.