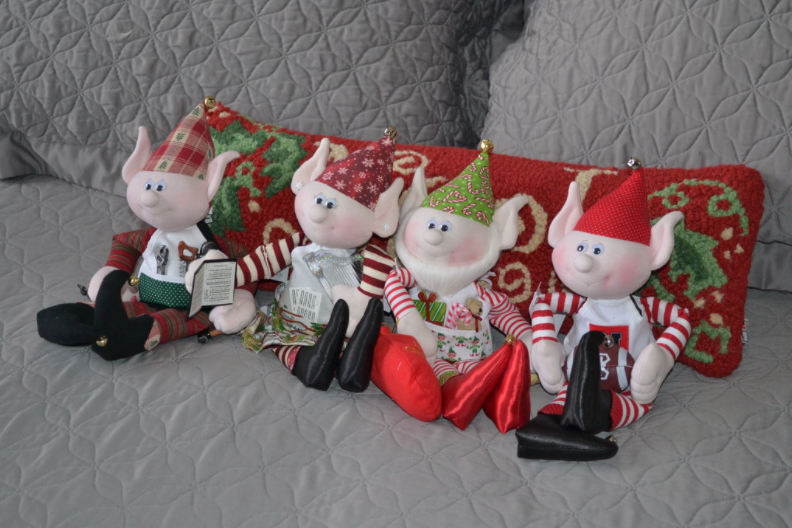 In the Netflix limited series “Elves,” the festive fiends are not portrayed in their typically wholesome form.

A new kind of elf

Despite utilizing mystical cinematography, ghastly music, and modern genre tropes to their fullest, Elves, a Danish limited series found on Netflix, falls flat. Decorated with complex side characters and topped with unique monsters, the show manages to plant a seed of success that spruces up a lacking base but fails at combining horror and Christmas into a truly terrifying tree of film worth watching. Branching out from similar projects in the Frankenstein-ed genre, Elves rejects the traditional formula of a curse, killer, or other affliction descending upon helpless protagonists that is found in movies like Krampus or Black Christmas. Instead, the series opts for a storyline centered around a vacationing family who ventures into an isolated Danish community, entrenching themselves in danger. After arriving on the isle of Årmandsø and having an ominous encounter with a local, the collection of protagonists become enwreathed within the conflicts their presence has caused whilst attempting to enjoy the holidays.

Unfortunately, the series’ strong beginning is quickly extinguished by a variety of factors; dull main characters, poor writing, and uncomfortably cheesy dialogue comprise the list of the season’s most severe offenders. This was, in part, due to the word choice that resulted from the show being dubbed into English; however, the attempt at having writing that was both relatable and playful was a larger issue. By blending two conflicting genres while trying to maintain the integrity of both, the series lands itself in a cinematic No Man’s Land that provides audiences with a lukewarm showing of both categories. This grievance comes to a head during the season finale in which the most impactful tropes of each genre are disregarded for a decidedly unique ending.  Additionally, the show spent an agonizing amount of time repeating cinematic and plot sequences, making it feel tedious to watch despite the season’s short, paltry episodes. Nevertheless, the series had a few notable successes.

For example, the voice actors adapted well to the dub script and brought it to life—even if it wasn’t the most captivating. The dub actor for Lila Noble’s Charlotte, mother of main character Josefine, was a head and shoulders above her castmates in this regard; she did an excellent job of making each scene flow and appear natural. The eerie, fog-laden sets of the show were another highlight. Allowing for pitting seclusion to set in, these sights manifested an inescapable paranoia within its audience and transported viewers into the forested delirium that possessed even the most level-headed of characters. Clever sound design and placement aid this, piercing watchers to their very core through the use of both shrilling and chilling music as well as haunting silence that juxtaposes it all, demonstrating antipathy towards the characters’ plights. The show wasn’t all fluff, however. It touched on environmental destruction, maintaining the theme throughout the show and implying that humanity would receive retribution for its transgressions.

Overall, Elves was a thoroughly enjoyable break from high-quality television that was only held back by its writing. Stellar performances from both original and dub actors helped prevent the series from sinking deep into the depths of Netflix’s recommended list but couldn’t keep it off of Santa’s naughty one. So, the next time a “pothole” stalls a journey into the homelands of potential eco-terrorists, turn the car around and put Elf on instead.