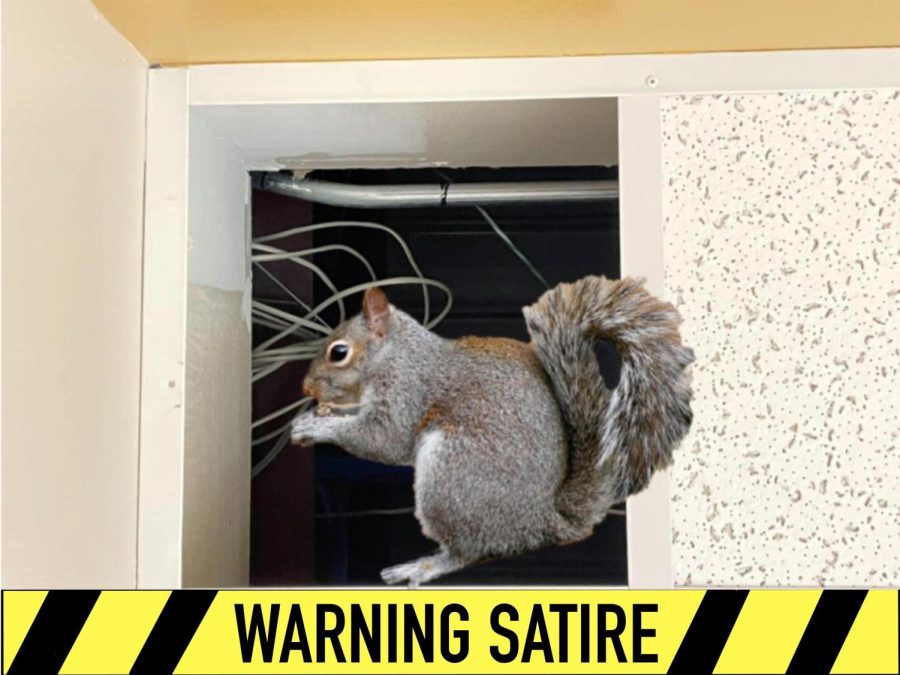 A squirrel feeds on the exposed wires in the computer lab.

In reparation for recent events at CFHS, squirrels are taking over the school's WiFi. 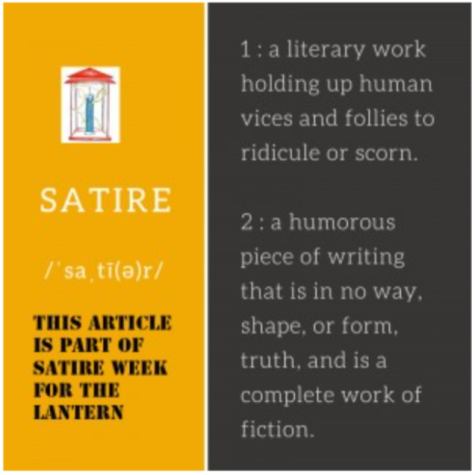 As some may know, the Wifi at Cannon Falls High School and Middle School is absolutely horrid and some say they’ve seen squirrels chewing the wires. So, if you see any squirrels please do report them.

There’s a giant problem with squirrels at Cannon Falls High School and Middle School chewing the Wifi cords. The squirrels are coming from the forest and making their way to the school because they´re quite angry that we chopped down all the trees in the courtyard. The squirrels had this master plan on chewing the Wifi cords and now the Wifi is about as effective as a half-eaten cob of corn. The squirrels have decided to keep going at this until they think we have learned. People have also reported hearing little footstep sounds coming from the walls. They´re most likely storing their nuts in there. If we don’t stop this Furry Squirrel Squad from chewing the cords, who knows what cord they´ll chew next. So, If you spot any fuzzy black, grey, or red tails moving around please report it. There have already been a lot of reports so it would really help if you could report when you have seen one and give a location.

If the Furry Squirrel Squad continues, they´ll probably be taking over the world! Then no one will have Wifi, and the squirrels will be so happy but then still angry. They´ll continue to eat and eat the wires till all the wires are gone; then they´ll eat us and maybe even other animals. Until everything is gone and it’s just they left on the world and nothing else. So, we need to stop them right away so we can rule the world and the squirrels can be the schools’ prisoners. Please help us win the war against the squirrels and then we´ll have Wifi again and the Furry Squirrel Squad will die.