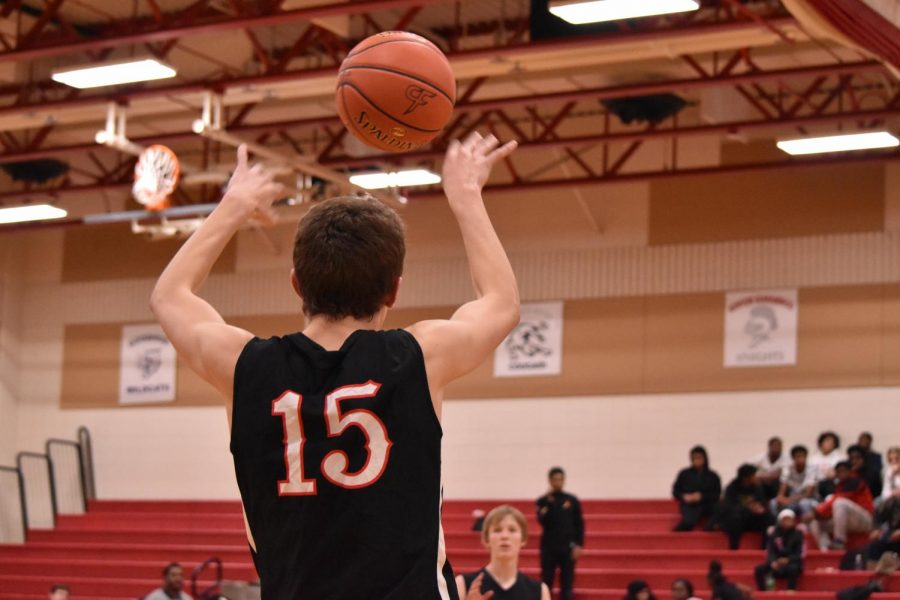 Senior, Drew Otte, throws the ball back into the game.

Due to yet another order by Governor Walz, boys basketball is one of the winter sports that have been halted. The team was supposed to begin their season on Monday, November 23rd, but that was unable to happen. The boys team will hopefully have the opportunity to start their season on December 21st, awaiting a possible extension of the Executive Order, which is scheduled to end on December 18th. Senior Forward, Danny Safe, is overwhelmed with all  of the news as he states he is “being told so many dates that we can start, and then the potential of the season being pushed back even farther, so it’s confusing”. Senior Guard, Marcus Banks, adds “It stinks not knowing when, or even if we will play because of how hard we’ve worked leading up to this year.” When asked if he thinks the team will be ready when the season starts, Senior Guard, Mason Anderson-Rosebear, gave a very short and confident answer: “definitely”. Safe, Banks, and Rosebear all also compete in a spring sport, and are hoping that the delay of winter sports will not affect the spring sports start dates. Just like everyone else, they are hoping normalcy returns soon.

During these unprecedented times, varsity head coach, Josh Davisson, is utilizing programs such as Zoom, Hudl, and Youtube to help his athletes prepare for the season. “We want to be sure, when given the green light, we’re ready to go,” explains Davisson. Throughout Davisson’s coaching career, weather delays have been the only style of postponements that he has seen before the strike of COVID-19. Although uneasy about the setback, Davisson is patiently awaiting the return of the season. “If taking a pause now allows us to have any sort of season later, we will do our best to make that happen, especially for our seniors,” reassures Davisson. The coach is ready to watch the athletes hit the court. He describes how the players haven’t been able to use, let alone see, a court in a substantial amount of time. Davisson plans on starting the season hitting the ground running, stating that “though it is not the 26 game season we’ve come to expect, a shortened season means we can’t dwell on what could have been. We have to make the most of and appreciate each and every opportunity we have to play.” It’s always exciting to watch a successful team, so hopes are high for a 2020 boys basketball season.