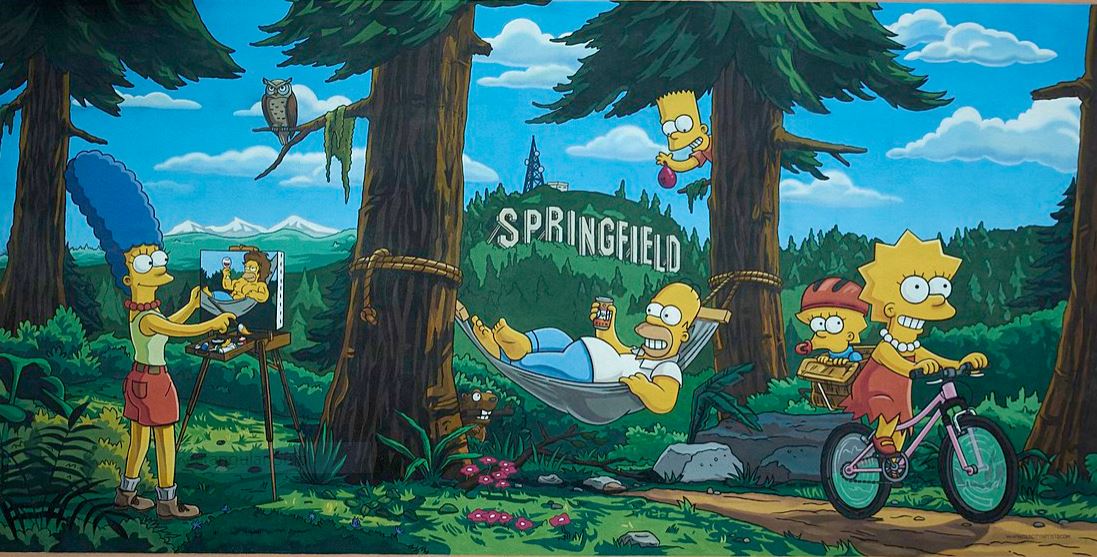 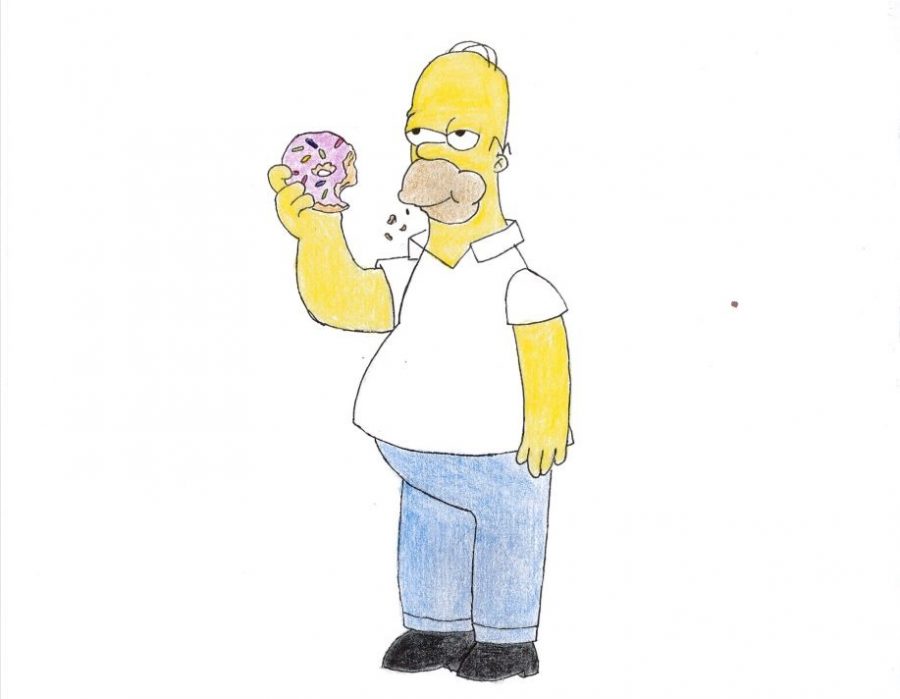 Homer is always seen with a donut in hand no matter the situation.

The family jumped from the treehouse into the sandbox. They disappeared from sight as they were sucked in the sinkhole there. Arrows soon thudded on the spot where the family was. The family disappeared, and every structure near was sucked in with them. On July 27, 2007, a movie was released. That movie was called The Simpsons Movie. After 18 years of broadcasting Simpsons episodes, the show’s producers made an entire movie about this wacky family and their biggest adventure yet.

The movie starts out with a band playing the Simpsons theme while on Lake Springfield. Once they were finished with the song (which they were playing for about 3 hours, they said) they started talking about the pollution on Lake Springfield. Almost immediately, the crowd started to throw things and damage the band’s barge. Lisa, the Simpson daughter, thought the band addressed an important issue (the pollution in Lake Springfield), so she started going to people’s houses to talk about it, but nobody seemed to care. Then Lisa met Colin, an Irish youth who recently moved to Springfield, who cared about the environment too. Plus, to Lisa’s amazement, he played many instruments.
Lisa took her issue to a town meeting, and people actually noticed the pollution and did something about it. The townspeople put up signs around the lake and built a concrete barrier. Homer, the Simpson father, soon ruins the time of cleanliness.

Pollution is threatening to destroy Springfield, not by contaminating the air or burning a hole in the ozone layer, but by the Environmental Protection Agency, putting a giant glass dome over the town to contain the pollution. The president chooses to drop a small yet powerful bomb into the dome, while advertising on TV a “new Grand Canyon” where Springfield is. When the Simpsons see this ad up in their hideaway in Alaska, it is up to the Simpson family to save the town that they call home. However, Homer is separated from his family when they disagree on going back to save Springfield. Homer wanted to stay where they were hiding from the people of Springfield. Marge, Homer’s wife, and the rest of the family (Bart, Lisa, Maggie) wanted to go and save Springfield. Eventually, Homer does what is right and goes on a journey to meet up with his family.

The movie is hilarious and possesses all of the qualities that a typical movie does. It is definitely recommended, and a 4.9 star rating is put forth. If one is looking for humor, action, and somewhat bizarre acts of family love, this is the movie one would watch. 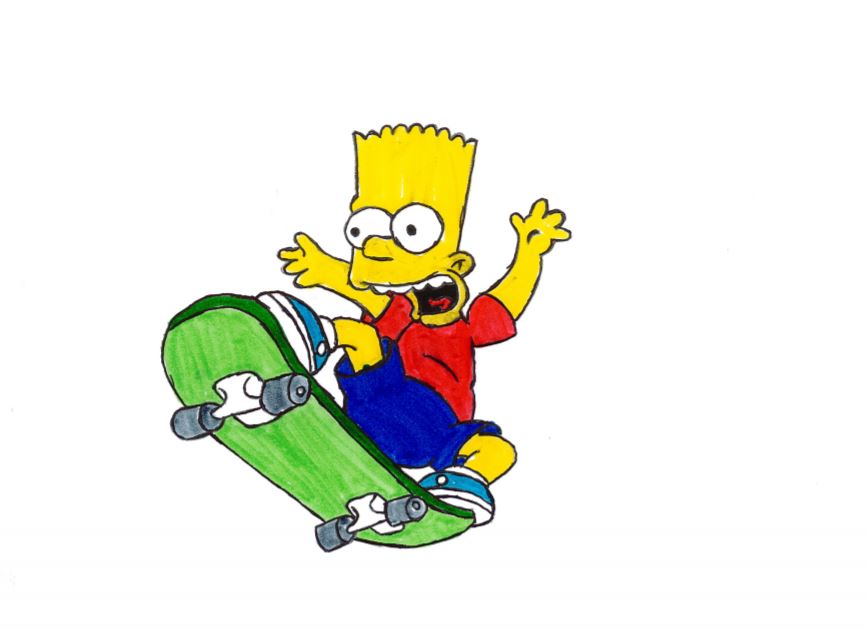 Bart’s best friend is his skateboard because it’s his primary mode transportation.

The Simpsons. For over three decades this comedy show has aired on television. When something is on TV for that long, there are always changes to the graphics and concepts.

The Simpsons started in 1989, on December 5th. Back then, the graphics were really different. The hair was more spiky, the upper mouths more stuck out. Over the years, the graphics became softer. By that this author means more like the pictures seen today. Eventually, more characters were added in and backstories were revealed. Such cases of backstories include how Homer, the father of the family met Marge, the mother of the family, how the children came to be, and the first words of Bart and Lisa, the children. Also, some episodes showed future events, such as Lisa’s marriage.

The Simpsons today mostly centers around strange adventures, and sometimes bringing back characters that most people forgot about in past seasons. Also, the graphics are much more cleaned up, and the intro has a lot more stuff going on in it. As new concepts in the world were introduced, these ideas were put into the Simpsons. Examples include a doomsday device and aliens coming and abducting our nation’s leaders.

The first few seasons were full of heart, and the show usually had viewers  in either tears or smiles by the end. After about four years of broadcasting, the show became more comedy-oriented. Sometimes they would have clip-shows, and it would have the Simpsons go on an adventure while reminiscing on past events, and that would be when they’d roll the clip of some episode aired in the last season. After 2 clip-shows, they had an episode where they were showing some little-known facts about The Simpsons.

The show is definitely funny, as well as somewhat relatable. There is an obvious effort in the storyline of each episode, and it eventually ties together. Sometimes there are subplots in each episode, and in the end the problems in the subplots get solved, if because of the main problem’s solution.

It is unclear on how much longer The Simpsons is going to continue to be produced and aired. But it is certain that it is wanted to go on for as long as possible. And remember this, showtimes are 7:00-7:30 PM on Fox network.