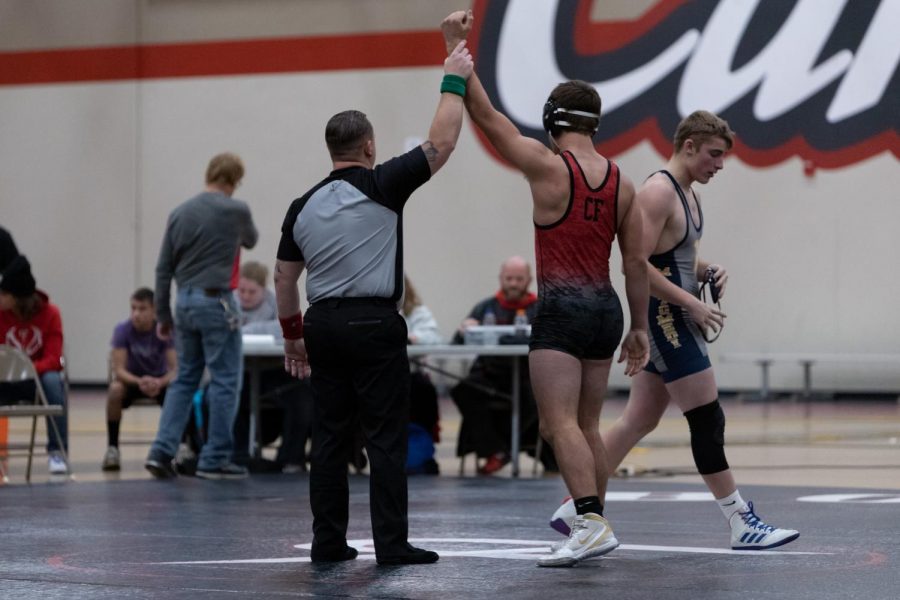 The Cannon Falls Wrestling Team was supposed to begin their season on Monday, November 30th, but that was impotent because of the Emergency Executive Order 20-99 that took effect on Friday, November 27th. If Minnesota Governor, Tim Walz, does not extend the Executive Order, then the wrestling season is scheduled to start on Monday, December 21st. Although the team is not allowed to practice as a whole right now, they can still put in their own work to prepare for the season. Junior, Preston Carlisle, said he has been lifting weights and running in his free time to stay in shape for when the wrestling season comes around. He also explained how the Varsity Head Coach, Dudley Flodeen, has reached out to the team with high spirits to remind them they will have a season and that they need to keep their weights in check.

With all of the craziness going on junior, Riley Keenan has been reminded that he needs to give it his all once he steps onto the mat, because he is uncertain if the state will be shut down again. If the wrestling season happens this year, one of Keenan’s goals is to go undefeated. Carlisle, along with junior, Beau Zimmerman, have a hope of going to sections. According to Zimmerman, the worst part about not knowing when the season will start is, “If you have to cut to a certain weight, you don’t know when you will have to start cutting.” Although this uncertainty is hard, Zimmerman will continue to stay positive through it all. Carlisle, finding a bright side, was delighted that he got to eat this Thanksgiving and will most likely get to eat on Christmas too, due to not having to watch his weight as closely yet. All three juniors are looking forward to seeing all of their teammates and hope that there will be a season.